a billion tiny robots desperately pretending to be a boy

A little development environment in vim and tmux
I've been doing a little project and took a moment to get a bit better at using tmux.

Every time I go into this project I set up some splits. A main window where I'll edit files using vim, then I split a pane off to run the code or test suite on every save. Another split where I pip install after any changes to my req
http://www.morelightmorelight.com/2021/11/05/a-little-development-environment-in-vim-and-tmux/
#commandline #tmux #vim

Grepping a process output
I'm just noting this down because I had to do a lot of reading to get this right. Now that I'm actually using log libraries in a good way for my scripts, I want to dial up and down the log level easily - but setting the loglevel on my overall script to debug makes EVERYTHING output, and I don't really need every library's output. I'm sure there's a better way to control the log level of a s
http://www.morelightmorelight.com/2021/10/07/grepping-a-process-output/

Making something useful doesn’t require genius. You simply have to be just reckless enough to get started, just smart enough to understand the problem, just dumb enough not to overcomplicate the solution, and just stubborn enough to keep going until you get there.

In "Dependency Confusion," security researcher Alex Birsan describes how he made a fortune in bug bounties by exploiting a new supply-chain attack he calls "dependency confusion," which allowed him to compromise "Apple, Microsoft and dozens of others."

Dependency Confusion is incredibly, delightfully clever. It is grounded in the fact that software developers rely on "dependencies" (prebuilt, modular code libraries) when they build new versions of their software.

What it's like to get locked out of Google indefinitely

Fizzy Water Fans: If, hypothetically, you owned a Carbonating Device from a Popular At-Home Fizzy Beverages Company that has, at times, been "somewhat to extremely problematic", I am here to tell you that this company in Wisconsin will refill your CO2 canisters by mail: 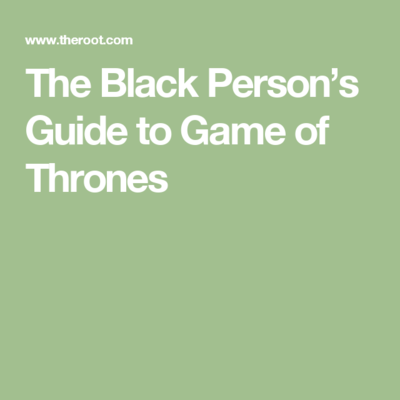 Reading #Underland and it is itself a mine full of such rich ore. A great #book already like #Oneiropolis

I'm once again wanting to just try out a raspberry pi emulator so I can play with MagicMirror - I might get more free time soon to do projects...

Having a hypothesis keeps you from seeing the gorilla in your #data. A brilliantly executed idea https://genomebiology.biomedcentral.com/articles/10.1186/s13059-020-02133-w

Denzel Curry – Bulls on Parade
It’s nice to see young artists cover classic rock hits and make them their own.

Young Fathers – Shame
in which I rave about the band Young Fathers
http://www.morelightmorelight.com/2020/08/24/young-fathers-shame-2/
#Music #musicvideo #youngfathers

Week 2207
a little sigh about the DNC and then mostly good personal news about max and zee.
http://www.morelightmorelight.com/2020/08/22/week-2207/
#crewresourcemanagement #maxlazer #zeldarae

I donated money to the Alex Morse campaign, a progressive candidate who's trying to unseat Richard Neal, a greedhead Democrat. That happened earlier, but recently it appears that there was a sex scandal accusation against Morse. He's accused of having consensual sex with adult students at the university he te
http://www.morelightmorelight.com/2020/08/16/week-2206/
#alexmorse #docsite #eleventy #maxlazer #mkcodes #richardneal #ryneeverett #thehos #thescotts #zeldarae

La Jungle – OK but This Is Not a Parachute
https://www.youtube.com/watch?v=Wb94HBP7j90

I'm loving this screaming descent off a precipice. 2020 theme music! Whatever wild genre this and Holy Fuck belong in, I'm into that.
http://www.morelightmorelight.com/2020/08/03/la-jungle-ok-but-this-is-not-a-parachute/
#apocalypse #lajungle #Music #musicvideo #Video

Keyoxide: "A modern, secure and privacy-friendly platform to establish your decentralized online identity"

a billion tiny robots desperately pretending to be a boy